Below is the daily Bible reading I am doing for the West Side church. Please feel free to follow along.
Something stood out to me in today’s reading (Romans 10). I might be taking this in a different direction than many of us have thought about so please be patient and follow along.
In our culture today there are many things being debated in the political realms. Whether it is health care, immigration, terrorism, or taxes, there is probably something that gets your blood boiling. In the past couple of weeks our terrorist awareness has been on heightened watch because of the Times Square failed attack. The other night I was watching CBS’s NCIS LA with my mother-in-law. They were trying to track down some Muslim terrorist that had escaped federal custody. When they caught them they were on a bridge surrounded by the authorities. When one man looked into the van through binoculars he noticed that they were doing something … that something was praying. He knew what that meant and ordered everyone near to get back, and soon after the van exploded. 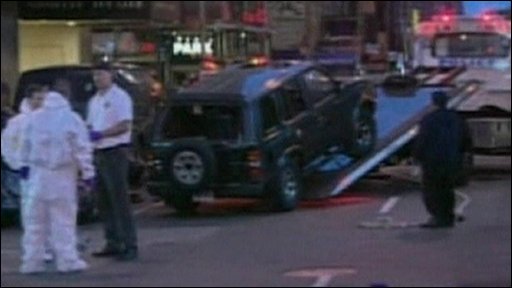 Something caught my eye in today’s reading that made me think about those two events … one true life and the other fictional. In the reading Paul writes … “For I can testify about them that they are zealous for God, but their zeal is not based on knowledge.” Here Paul is talking about the rejection of Christ by his fellow Jews. Their rejection of Christ is based on their faith in God as they have always known it. They were not willing to accept the coming Messiah. I think we can learn a great lesson in the way we approach people who want to do harm to America and its citizens (This does not make right what they do or have done, and it does not change the punishment they should receive).
One thing we must remember when dealing with people, whether they are Christian, Jews, or even Muslims, they are zealous for their faith. The man in Times Square, the men praying the in the ticking time bomb, were zealous for their faith. They believed they were carrying out a mission for their god. My heart goes out to people like I described today. They believe what they are doing is right, that they are following their god. But I know they are wrong. I know they are way off the mark. I know what their eternity is. I know they need Jesus Christ. So when we remember that people of faith are zealous for their faith our approach to evangelism must change.
So my question for you today is … If you believe faith in Christ is the way to true salvation how does your approach to evangelism change from someone with no faith to someone who is zealous for their faith and their god?
Above image is taken from the website of BBC NEWS
at 10:11 AM