Below are my thoughts from the daily Bible reading of the West Side Church of Christ. Today’s reading comes from Matthew 23 & Luke 20 & 21. Before reading I invite you to pray and asked God to speak to you as you read his word. Also above in the tabs is a link to the Bible reading plan. 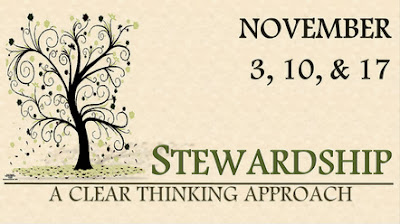 I apologize for the lack of posts these last few days. We have been out of town and while I have had internet access I did not have the ability to use my laptop to post. Thank you for your understanding.

There are many areas that people feel uncomfortable discussing in a church setting ... sex and money tend to be two that top the list. However, Jesus does not steer clear of either; especially when it comes to money. Jesus was not uncomfortable with it. We only are because we often have a warped view of money; mainly because we look at it as ours.

One day Jesus was in the Temple with His disciples. As He stood there watching the crowds he noticed two distinct people. The first was a group of people. They were wealthy people. Tradition and historical records have taught us that the money was given in such a way that when it was placed in the offering jars a sound would ring out. The sound indicated the level of the gifts. Through this wealthy people were able to show off what they were giving.

The second was a single widow. This widow came to the time of offering and dropped in two small coins. These coins wouldn’t have made much of a racket, especially in a crowded and noisy Temple. While the masses missed what she had done, the creator of the universe did not. He saw more than anyone in the crowd would have seen even if they were watching … He saw her heart.

She did not give for show. She did not give to be honored by those around her. She didn’t give because of an obligation. She gave because of love. Jesus indicated this much as He called to attention her gift … “this poor widow has given more than all the rest of them. For they have given a tiny part of their surplus, but she, poor as she is, has given everything she has.” (Luke 21:3-4 NLT).

Want to hear more about how to handle your finances join us for worship at West Side as we take a Clear Thinking Approach to Stewardship.
at 9:48 AM